This is the most recent technology upgrade for the FAAs FRASCA devices since the first FTDs were installed in 1999. The B58 Baron FTDs were previously upgraded from analog gauges to G1000 and from single channel to multi-channel visual systems. Several other FRASCA customers have upgraded their devices to stay up with the latest technology and aircraft upgrades. These include Metro State (who recently upgraded their Mustang FTD) and Epic Aviation who upgraded their 172 FTD to a Level 5 device in addition to adding new FTDs. FRASCA has recently delivered and installed several Level 5 Flight Training devices – illustrating their commitment to providing the highest level of device and technology needed for the most realistic training experience. 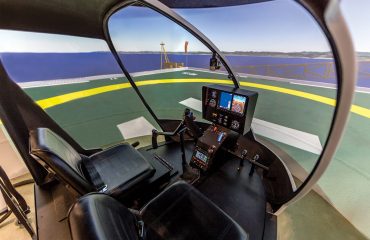