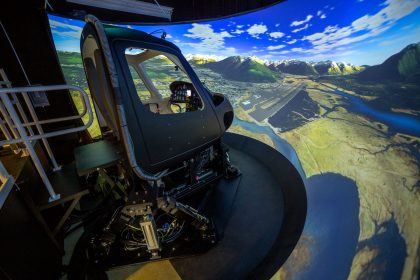 TEMSCO, along with NorthStar and Coastal Helicopters will use the FTD to train their staff pilots. The main focus of the FTD will be training new tour pilots on routes and for transitioning from piston helicopters to the AS350, which is a more responsive helicopter.

“The FTD will also be used for mission training, dealing with rapidly changing weather, white-out conditions, and even flat light conditions; scenarios that can be encountered while flying around Alaska. These senarios can be experienced in the simulator to teach pilots to properly recognize and avoid any of these hazards when present,” stated Joe Hicks, Sr. Vice President of TEMSCO.

“Temsco should be commended for their utmost commitment to safety. By using simulation in their training programs, they are following the guidance and recommendations of both the NTSB and the US Helicopter Safety Team. Both of whom have issued recommendations to increase the use of simulation training as an impactful way to reduce helicopter accidents.  Temsco has actually followed through on those recommendations and is a respected leader in TOPS. Their passengers should appreciate the extra mile Temsco goes to train their pilots to be as safe as they can in an unforgiving environment,” stated Randy Gawenda, Business Development Manager at Frasca.

The partnership between Temsco and Frasca was a natural fit. “When the contract for the AS350 FTD was signed last year, both Frasca and Temsco were in the midst of celebrating  60th years in business. Both companies were founded by aviation entrepreneurs and both have become leaders in their respective fields. ” commented John Frasca, President of Frasca International, Inc.

About Temsco:
TEMSCO (an acronym from the words: Timber, Exploration, Mining, Survey, Cargo Operations) was founded in 1958 in Ketchikan, Alaska. Founder of TEMSCO and Alaska Aviation Pioneer, Ken Eichner proved that helicopters were an invaluable tool for the rugged and remote terrain of Alaska. He became the president of the company in 1965. Eichner built the company into one of the most successful helicopter companies in Alaska. Ken retired in 1990 and sold TEMSCO to another long time southeast family which has continued to build the company to the largest helicopter operator in Alaska today, conducting flight seeing tours to the many glaciers and providing aircraft for firefighting, forestry, mining, powerline construction and just about every kind of helicopter operation possible, Ken Eichner’s grandson is now the chief pilot at TEMSCO Helicopters continuing to carry on his grandfather’s practical knowledge
and wisdom and pass it down to the next generation of pilots working at TEMSCO.

Tagged under: AS350, TEMSCO 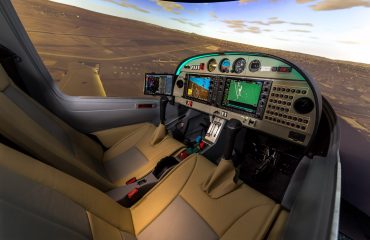