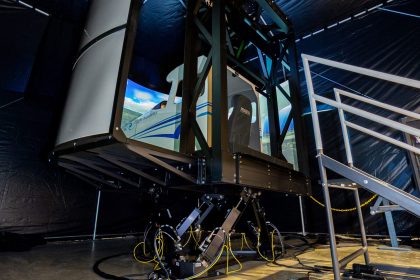 Frasca International & Epic Flight Academy have collaborated to create a new modernized ab-initio program utilizing Frasca MCS simulator (motion cueing system) and Epic Fight Academy pilot training curriculum.  The program with a focus on enhancing the private pilot portion of training has proven successful, students who complete the program earn their private pilot’s license with only 35 to 40 aircraft hours, which is 50% less than the national average of above 70 hours in aircraft, some university reporting 100 flight hours.

Although Epic’s students complete their private pilot with less flight time, they undergo intense simulator hours, with heavy emphasis on learning first in the simulator than demonstrating in aircraft similar to how airlines train their pilots. This modernization in ab-initio pilot training, allows for a more conducive learning environment, enhances safety, reduction calendar time and cost saving for students to complete training.

Epic Flight Academy has been training professional pilots since 1999 and recognized the private pilot stage as one of the greatest challenges in abinitio training. Every time something new is introduced into the industry, such as the glass cockpit, traffic avoidance, or radar-controlled airspace, private pilot students must be tested on the material. Compounding this dilemma with technically-advanced airplanes (TAA), long ground delays, and an increased cost of operating aircraft, all of which make the private pilot stage of training more expensive and time consuming. This increase in cost and delays creates a major barrier to entry and limits future students, which the industry needs.

According to Danny Perna, CEO of Epic Flight Academy, “We can now provide more training for students at a fraction of the hourly cost. When I learned to fly, I had a basic six-pack, and I was the only person in the pattern for my solo. Today these students have to learn more equipment and technology than they used in the first space shuttle. The Frasca MCS simulator is a game changer for us with its ability to replicate the flight characteristics of the aircraft.”

Frasca International has been a leader in simulation for the general aviation industry for over 60 years. They first introduced this type of technology for military helicopters and has made modifications to better suit fixed-wing aircraft, such as the Cessna 172.  According to John Frasca, president of Frasca International, “We are very excited with the results Epic is having with the simulator. The right simulator plays a big role in future of abinitio flight training. We had the technology and capacity to build a training device to this level, but it took a forward-thinking company like Epic to take the first step in developing the curriculum and training model to make it work.”

The device has been operating at Epic’s campus in New Smyrna Beach since November 2020. The school has been operating the device an average of 250 hours a month and has successfully trained 30 private pilot students in the simulator. “Now that we are post-Covid, our enrollment is rapidly increasing. We plan on installing a second device once we reach maximum capacity of around 500 hours per month,” stated Perna. Epic is currently working on placing multiple full motion devices throughout the country.

Frasca is ramping up production to build more motion devices to support additional flight schools and universities since the simulator, combined with

an appropriate training model, has resulted in training student pilots faster, more affordably, and with enhanced safety. Frasca and Epic are also working together to have the training hours in the device credited toward the commercial pilot’s license. 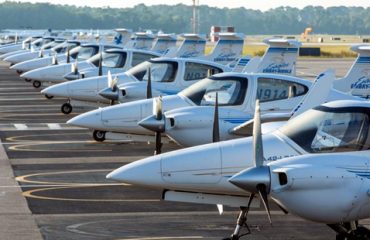 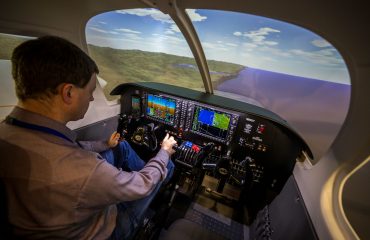