The Liberty University School of Aeronautics, located in Lynchburg, Va., has placed an order for two Frasca Flight Training Devices (FTDs) to simulate the Piper Seminole and Cessna 172 aircraft. The two Level 5 FTDs will include Frasca’s TruVision™ Global visual system with their new laser-hybrid projectors, a UPS and Alpha Systems angle of attack. Liberty is a repeat customer, and with the addition of these two simulators, Liberty will have five FRASCA FTDS in their fleet.

Established in 2002, Liberty’s School of Aeronautics has grown rapidly to over 800 students in its degree programs. Liberty purchased its first FRASCA simulators in 2012 and now employs two FRASCA C172 Skyhawk FTD-5s and one FRASCA Piper Arrow AATD in its training programs. In 2014, the School of Aeronautics received FAA National Simulator Program certification.

Based on the high utilization rate of its two Skyhawk FTDs, Liberty decided to purchase an additional Skyhawk FTD-5, and to support their new Commercial Multi-engine TCO, Liberty has also purchased a new Piper PA44 Seminole FTD-5.

“We are looking forward to two new FTD Level 5 devices and our continued close working relationship with FRASCA,” Martin said. “The two new devices will help meet the needs of the School of Aeronautics growing student body by allowing the students to train more effectively at less cost.”

The School of Aeronautics manages over 250 active flight students at any given time at its Lynchburg, Va., campus, and it shares its FRASCAs with Freedom Aviation, which is a Liberty University-owned fixed-base operator. Liberty also partners with over 40 other flight schools around the United States through its Flight Training Affiliate (FTA) program, wherein students across the country can log flight hours at a qualified FTA location while earning a Bachelor of Science degree online. Many of these locations also use FRASCA devices.

“We are proud to be the trusted simulator supplier for Liberty University,” said John Frasca, President of Frasca International. “Its School of Aeronautics faculty are doing an amazing job, and Liberty is an emerging leader among collegiate flight training programs.”

Liberty University, founded in 1971, is the largest private, nonprofit university in the nation, the largest university in Virginia, and the largest Christian university in the world. Located near the Blue Ridge Mountains on more than 7,000 acres in Lynchburg, Va., Liberty offers more than 500 unique programs of study from the certificate to the doctoral level. More than 200 programs are offered online. Liberty’s mission is to train Champions for Christ with the values, knowledge, and skills essential for impacting tomorrow’s world. 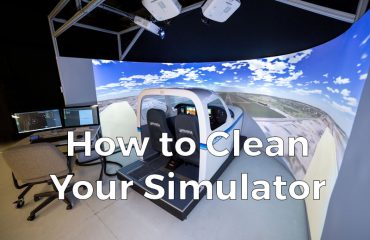 How to clean your Frasca flight simulator 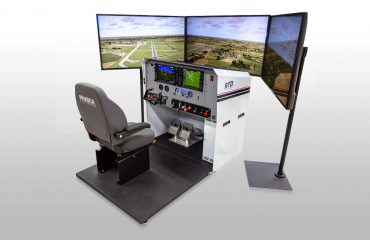