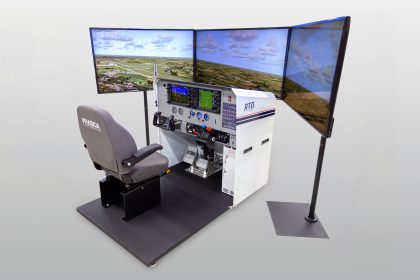 American Flyers and Frasca share a long history in civilian simulator training that continues to grow even today.

It all started in 1939, when Reed Pigman founded charter airline and flight training facility American Flyers in Ft. Worth, Texas. American Flyers provided primary flight training to civilian and military pilots, having been chosen as one of the few civilian flight schools to train pilots for the U.S. Army and Navy. The airline was sold in the 1970s while the flight school continued to grow.

Monty set up A.T.E. above a butcher shop across from Chicago’s Midway airport, using surplus Link Trainers from the Army to provide instrument training. The Link Trainers were designed for basic instrument attitude flying and navigation, with no screen or motion and not representing any specific aircraft type. Under today’s regulations, these trainers would be classified as advanced aviation training devices (AATDs).

In 1958, Rudy Frasca, who taught with Monty in the Army simulators, founded Frasca Aviation to design a more advanced simulator than the surplus options on the market. When he presented his first design to A.T.E., Monty was sold. A.T.E. placed an order, becoming Frasca’s first customer and helping launch the company.

Designed prior to the standard six pack’s development, that first Frasca simulator contained only the basic navigation instrumentation, with the advanced inclusion of a dual head VOR. A cover closed over the pilot’s head, creating a dark, quiet environment.

The instructor sat outside the device, communicating with the pilot through an intercom system. A large black device known as a “spider” gave the instructor the aircraft’s location. Uncomplicated, the simulator worked well and was integral in Monty’s further development of instrument instruction techniques.

In 1980, A.T.E. merged with American Flyers, bringing A.T.E’s materials, Frasca simulators, processes, procedures, and intellectual property to American Flyers. Many of the A.T.E. processes and procedures continues as a part of the company to this day.

Frasca’s Reconfigurable Training Device (RTD) was just the solution American Flyers needed. The RTD is a simply designed and easy to use AATD that can operate as a six‐pack and quickly convert to a Garmin G1000 with the turn of a few screws. The device can be reconfigured to convert to different aircraft models, including the Cessna 172, Piper Seminole, and Piper Archer. Additional aircraft kits are in development to expand this offering.

American Flyers continued their historical relationship with Frasca last year, placing an RTD order. They took delivery earlier this year and today use the RTD to continue to blaze trails for the next generation of civilian pilots. 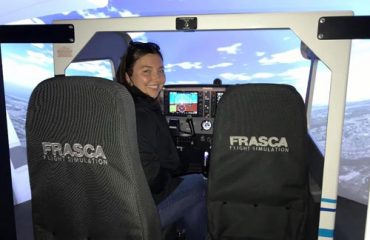 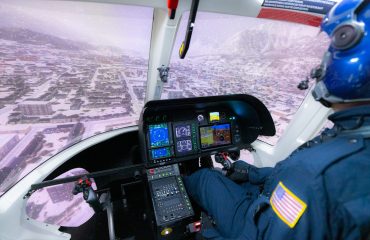 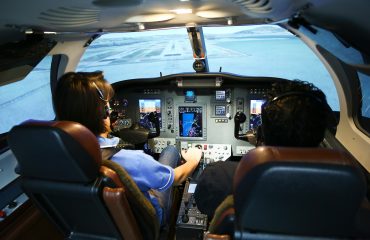