Cape Air, one of the nation’s largest regional airlines based in Hyannis, Massachusetts, has received FAA Level 6 approval on their FRASCA built Cessna 402C Level 6 Flight Training Device (FTD). The FTD has been in service since January of this year and has been used to train approximately 70 pilots to date.

Level 6 is the highest level of qualified FTD and presents the greatest transfer of training possible. One aspect of Level 6 is the FTD is objectively tested and compared to actual aircraft data gathered during a flight test. The parameters and tolerances of the device must be within very close tolerances of the aircraft data which assures the verifiable proof of match between the FRASCA FTD and the aircraft. The FTD includes an actual Cessna 402 cockpit shell, FRASCA’s TruVision™ with 220° x 60° visual display system and many other features. Cape Air has made a significant commitment to enhancing their already robust training programs with this FTD.

According to Nancy Shane, VP of Ground Training, “We were extremely impressed with our FRASCA project from concept to data collection, design engineering, construction, delivery, set up, and instructor training. Our level 6 FSTD is a very useful tool with visual projections that allow for very realistic training without the expense of training in the aircraft. Our FRASCA training device allows us to teach the individual exactly what is essential. Whenever we are training in the FRASCA there is less time pressure as we know the operating cost of the trainer so low. This is a very impressive simulator that flies accurately with a fantastic visual system. A great tool to use in any training environment.”

“Cape Air is extremely well-known and partners with many of our customers in the University and Collegiate Flight Programs with their Gateway Program. The best and brightest potential new pilots come from programs already familiar with using FRASCA simulation as an integrated part of their training curriculum. It is as much a straight-forward transition as it is an expected one in airline training to begin in the simulator. We are proud to add Cape Air to our long, distinguished list of customers. The simulator helps keep Cape Air poised on the leading edge of the aviation industry.” – John Frasca

Now in its 25th year, Cape Air is one of the largest independent regional airlines in the United States annually flying over 735,000 passengers to destinations around the world including New England, New York, the Caribbean, the Midwest and Micronesia. With a fleet of seventy-five Cessna 402s, four Britten-Norman Islanders, and two ATR-42s, the employee-owned company operates up to 550 flights per day. Based in Hyannis, Massachusetts, Cape Air also operates flights under the Nantucket Airlines brand. Cape Air is a codeshare partner with United Airlines and American Airlines in the Midwest. In Micronesia Cape Air operates as United Express. In addition, Cape Air has ticket and baggage agreements with most major airlines. Cape Air’s unique brand of customer service, MOCHA HAGoTDI,* has earned the airline accolades as ‘Best Airline’ on Nantucket, Martha’s Vineyard and in the United States Virgin Islands. The airline has been recognized for outstanding philanthropy in the communities it serves and Cape Air Founder and CEO Dan Wolf was recipient of the Ernst & Young Entrepreneur of the Year™ Award.

* Make our Customers Happy and Have a Good Time Doing It 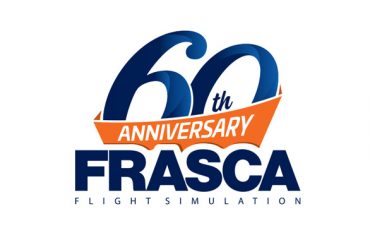