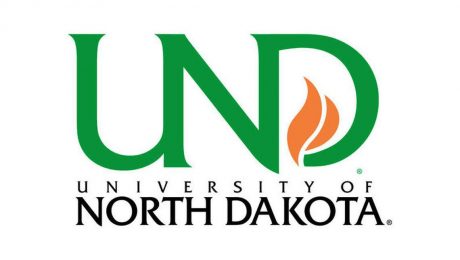 Chad Martin took some time out to talk about the University of North Dakota’s (UND) world renown aviation program and how they successfully integrate simulators into their training.

FRASCA: Tell us about your position with UND?

CM: I’m the Fleet Manager and work on Special Projects for the program which means I manage the aircraft and simulator fleet and research products that help support our students and our mission. I’ve been with UND full time since 1999.

FRASCA: How many students do you have enrolled in your programs?

END_OF_DOCUMENT_TOKEN_TO_BE_REPLACED

Simulator Time and the Logbook

In the context of flight training the discussion of simulator time that can be logged versus not logged is an important one. There is a general argument that if the FARs do not allow the time to be logged then why spend more time in a simulator. Firstly, it is important to understand that there is a difference between “logging” and “being able to apply” those hours for credit towards the PPL. The FAA does not impose any maximums in terms of simulator (BATD, AATD, FTD) time that can be logged. However, it does place maximums of how many of those hours can be used as credit towards the PPL certificate.

The Federal Regulations indeed place certain limits on the amount of simulator time that can be counted towards flight training minimums. For example, the minimum hours needed to achieve the PPL is 40 hours. Of the 40 hours, the FAA allows for 2.5 hours to be used as credit towards the PPL using a qualifying simulator (FAR 61.109 [i][1]). Similarly, the FAA allows for 20 hours of the 40 hours required towards the instrument rating to be achieved on a simulator (FAR 61.65). If it is a Part 141 school, the allowances go up to 15% of minimum time required (40 hours) which is 6 hours (Part 141, Appendix B (c)(3)) for the PPL. For the Part 141 school, for the Instrument Rating, the credit goes up to 25% if using a BATD, or 40% if using an AATD or FTD. While these are maximums that current regulations impose, it is a flaw to limit the use of the simulator to these numbers.

Simulators provide a whole lot of value when it comes to flight training. The value earned is typically in terms of either reduced time to complete training or reduced cost of completing training.

Such value is better understood when it is broken down into direct value and indirect value. The direct value is in reduced cost that one pays for the simulator hours as compared to real-aircraft hours. The indirect value is even more important. Every hour spent on a simulator brings about learning in some form and eventually reduces the amount of real-aircraft time needed to complete training. Research has shown this over the years. Every iteration of training performed on the simulator leads to reduced iterations of practice that would be required in real-world aircraft. This reduction in ‘iterations’ leads to compressing training time while also reducing training costs.

The US national average to achieve a PPL is around 70-75 hours. It has been proven that blending simulator time into the training drops that number down to 55-60 hours. This is despite the fact that only 2.5 of those simulator hours can be used as credit towards the PPL (if Part 61 – or 6 hours for Part 141 schools). Even if we blended in 20 hours of simulator time and total training hours equaled 70 or 75, the cost of those 20 hours in a simulator is far lower than in a real-world aircraft. Given a simulator’s ability to pause, re-position, and restart scenarios at the press of a button, the number of practice iterations that can be conducted in a 90-minute slot is much higher than in a real-world aircraft.

As with anything, there is always another perspective. Ask an experienced CFI (and I did ask more than one), and one of the responses was “…personally I think PPL students need time in the airplane to learn to ‘feel’ the airplane”.

That said, there are a lot of areas in flight training that don’t require running a real-world

aircraft to achieve that training. To name a few – understanding the workings of the GPS onboard an aircraft, practicing procedure under instrument failures, pattern entry, runway or taxiway markings, airspace entry and avoidance, engine-out scenarios, getting visual feedback of the rectangular pattern, descent procedures, VOR workings, DG or HSI use, and autopilot use.

Once again, most experienced CFI’s would argue that a simulator can certainly introduce an instrument failure to a student on the sim, but it’s a totally different feeling when you’re in an airplane and you lose an attitude indicator in the clouds. The CFI view on this is that simulators miss out the emotion where “suddenly the body is fighting what the eyes are telling the brain, leading you to put the airplane into a position you didn’t intend to…. it’s very hard to simulate that sensory illusion”. Another CFI went on to add about engine failures… “there’s a much different feeling you get in your gut when you’re running out of airspeed, you’re getting low and you suddenly realize you didn’t plan your approach well to the field or runway in a real airplane…”. He believes that a sim will teach the procedure and enhances skill, but the airplane combines procedure, skill, and adds the element of inherent discomfort that goes with being that situation without having ‘pause’ button to press.

There is no taking away that there is a lot of teaching and learning that comes out of the experiencing the imperfections of the machine.

On the contrary, the ability to experience a solo cross-country flight before it is undertaken in the real-world aircraft, in certain weather conditions, and across uneven terrain gets the flying brain engaged. Building muscle memory around checklist use and proper sequence of actions in the cockpit can all be accomplished better in a simulator and help get prepared for a check-ride at much lower cost.

CFI’s agree that simulators have come a long way over the years. What this means is that the industry needs to adopt balance. It also means that there is not a ‘one size fit all’ approach. For the PPL, real-world stick time is essential to some extent. For any of the follow-on certifications, a simulator is absolutely viable and essential.

The idea till now has been that a PPL student gets 2.5 hours of value (or 6 hours as the case may be) from the simulator and the rest has to happen within a real-world aircraft. Simulators have advanced significantly over the decades. The time has come for this idea to be flipped, within limits of course, as indicated before. It may be completely possible for flight training curriculums to aim to perform the FAA-prescribed minimum time (40 minus the 2.5) in a real-world aircraft and perform the rest of the training on a simulator. Going by the national average, this would amount to 35 hours of real-world aircraft time being substituted by a simulator. A savings that quickly adds up to 3500-4000 dollars!

Simulators are time and cost compressors. Make the most of them when they are available. Do not limit your use of the simulator to maximums prescribed by the FARs. Remember, the time may not all qualify for the credit, but every hour spent on the simulator reduces your real-world aircraft time and your costs. 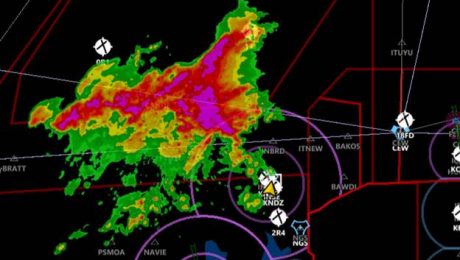 Frasca now offers Automatic Dependent Surveillance-Broadcast (ADS-B) In and Out functionality on new simulators equipped with Garmin GTN 650 and 750. With the FAA’s ADS-B rule now in effect, pilots can learn and become proficient before taking to the skies. With an ADS-B In-equipped training device, pilots learn to manage in-flight data previously unavailable END_OF_DOCUMENT_TOKEN_TO_BE_REPLACED

Adding Value to Your Simulator 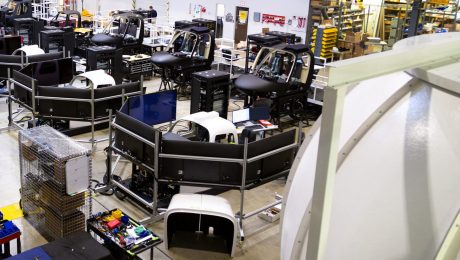 Designed to keep your devices up to date and fully functional, Frasca’s extensive offering of customer support extends well beyond standard service. Here is a look at your options: END_OF_DOCUMENT_TOKEN_TO_BE_REPLACED